The Discovery Programme were delighted to have been asked by Abarta Heritage to laser scan fragments of a decorated stone uncovered during recent excavations of a passage tomb at the Hellfire Club. The Hellfire Club is located on Montpelier Hill which has extensive views over south county Dublin.

The stone was out of its original context and was sitting in a disturbed modern layer of material relating to picnics and parties. As fires that had been lit upon it over time, it fractured into four large fragments as it was removed from the trench. Initially, Neil Jackman and his team did not notice anything particularly unusual about the stone and it was placed on the side, due to be returned to the trench during backfilling. 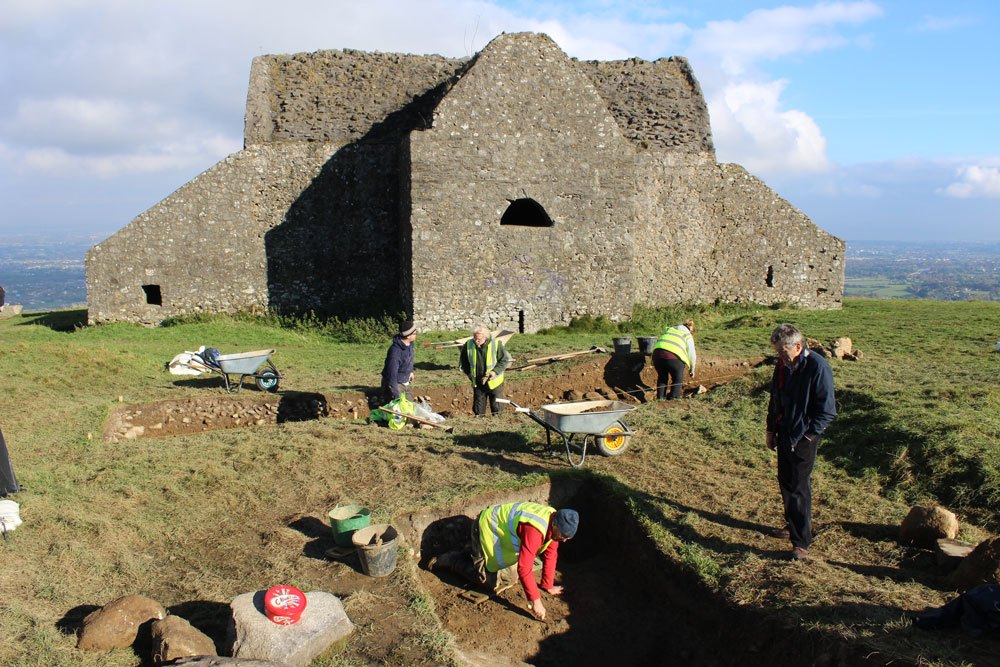 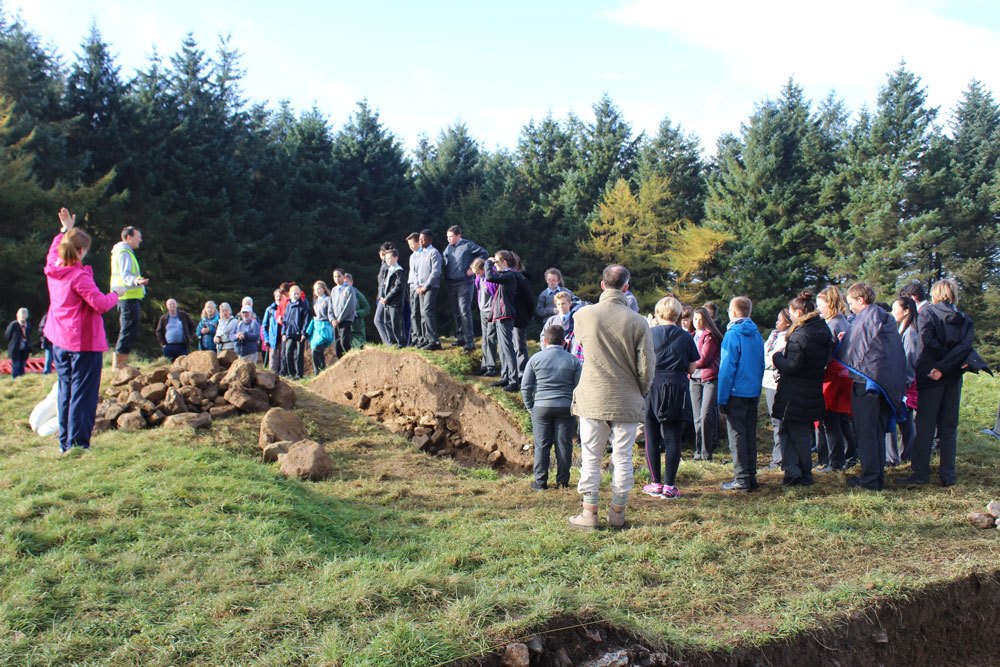 Early one morning the Neil and his team noticed a curving line on the stone and two faint concentric circles. They contacted experts in the field of megalithic art Elizabeth Shee and Prof Muiris O’Sullivan. Both were very excited by the find, and Elizabeth and specialist photographer Ken Williams (of Shadows and Stone) arrived on site to carry out photogrammetry, to reveal details invisible to the naked eye. 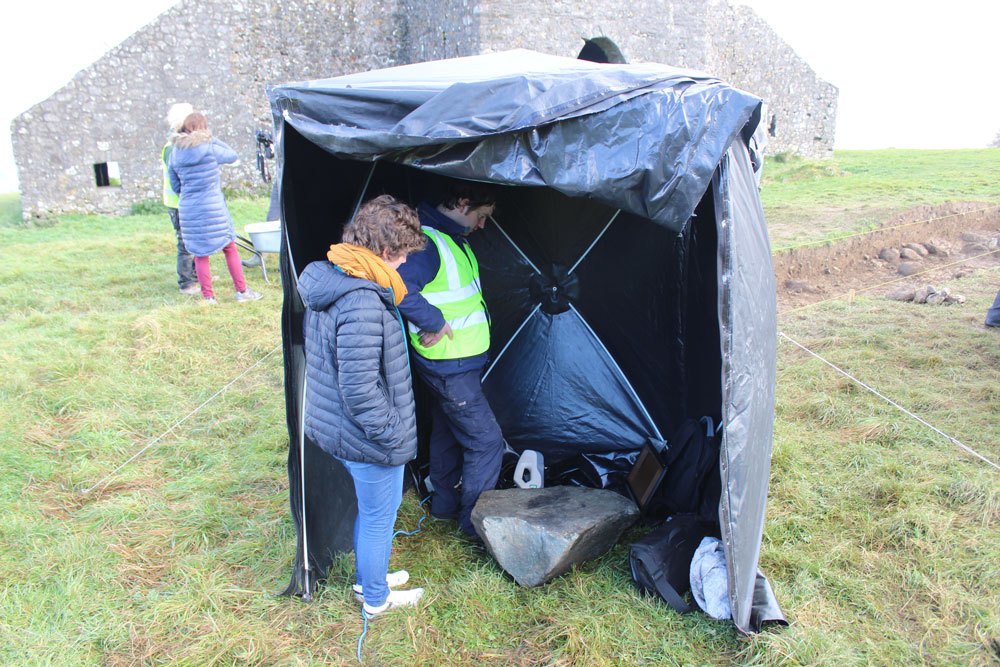 The following day, Gary Devlin, Rob Shaw and Marie Brohet of the Discovery Programme carried out a laser scan of the stones, to fully record all of the details. Their work revealed that the stone bore even more art and the model they produced can be viewed below. Although the excavation is finished for the season, research on this stone and the passage tomb at the Hellfire club continues.

You can find out more about the project on the Abarta Heritage website http://www.abartaheritage.ie/hellfire-club-archaeological-project/